The history of the man, owner, and innovator of menscuts.com 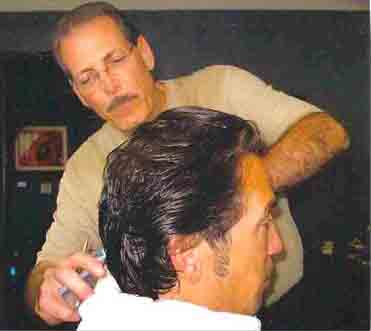 Michael Delees began his career as a cosmetologist in 1970, so to say he has experience is an understatement. That said, what matters in picking a personal hairstylist is not so much the length of that experience as it is the type and quality, and that is where Michael truly distinguishes himself. This article provides an overview of his professional accomplishments. 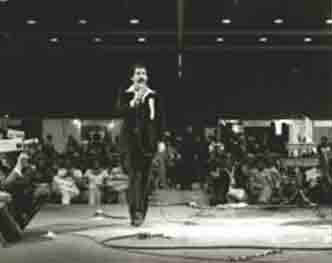 While still in beauty college, Michael also studied trichology – the scientific study of the structure and health of hair and scalp. These specialized studies were undertaken at Redken, which is now a division of the giant cosmetic firm L’Oréal. His instructors took notice of his quick study and most particularly in how effective Michael is at explaining difficult concepts to others. As a result they recommended him to Redken officials and to Joe Oliveri. Oliveri had the largest and arguably the most prestigious salon in the South Bay, located in Redondo Beach; and is the founder and CEO of TRI Professional Haircare Products. 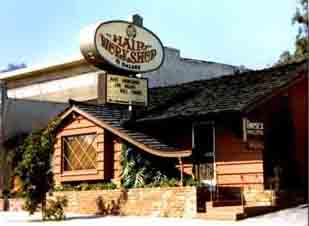 A Busy Man Headed to a Dream

On graduation from James Victor Beauty College, Joe Oliveri recruited Michael asking him to help establish a trichology department within his enterprises. While working for Oliveri, Redken asked Michael to hold a series of workshops, teaching others in the profession the newest hair cutting and styling techniques; and diagnosing hair problems and ways to deal with them. Traveling coast-to-coast in the USA and Canada, Michael appeared before crowds ranging from a few dozen to thousands. These were busy times for Michael: doing cuts, color and styles, supervising trichology activities, and on his off-days representing Redken. And in the quiet moments he began to formulate his long-term plans to own his own salon, but he wanted it to be unique in its approach. His dream was to have a salon known for its artistry and that offered a full-range of services to men and women alike. This dream kept him motivated and each day he redoubled his efforts to move toward that goal. Michael finally got his salon, The Hair Workshop just one and a half years after graduating from cosmetology school. 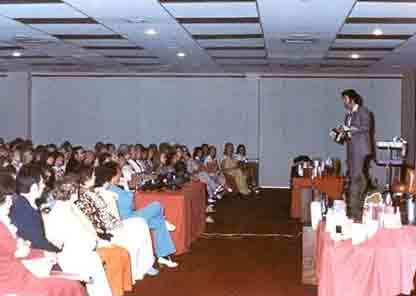 Michael spent the next two-years studying and researching the differences between men and women’s hair. How men’s hair flows and lays, their unique problems, and ways to deal with them. Once again his diligence paid off handsomely for he hit upon an inspiration. Prior to becoming a cosmetologist, Michael had studied architecture. Marrying architecture and hairstyling, Michael devised what he then called simply “The System”. Today it is more commonly referred to as “The Haircut Blueprint System”. This is a procedure that breaks down every haircut into a step-by-step format during which the hair is measured in key areas and recorded. This ensures that the hair is accurately cut the same way every time.

In 2004, Michael made the decision to step down from an ownership position and turned his interests in Michael Roberts Salon (his second salon) over to his long-time business partner, Robert Allen. Free from ownership, Michael cut his workweek back to three days and uses the free time this gives him to pursue his many other interests.

May 2013, after twenty-two years at the same location, Michael moved to the Cutaway Salon just a few short blocks away on Pacific Coast Highway.

Between Hawthorne Blvd. and Anza
next to Days Inn hotel at the PCH Center

You can find my location in the same parking lot as Fusion Sushi. I work at the Cutaway Salon.

“I will make you look and feel better, and I am more reasonable than a Plastic Surgeon or a Shrink!”     Michael Delees